We've been working on a side project for a special customer. a more traditional style bike, for cruising around. Swept back bars, nexus 7 speed internal gear hub, and a lot of black and shiny metal. 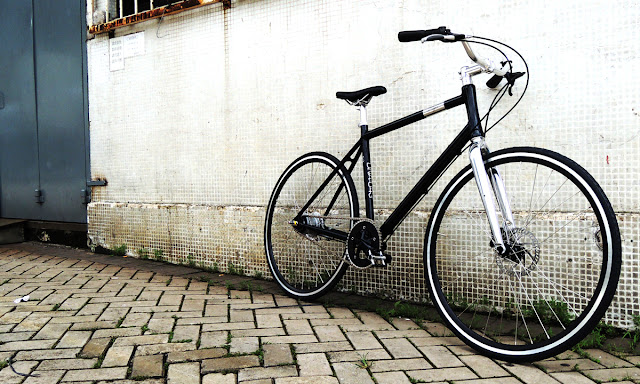 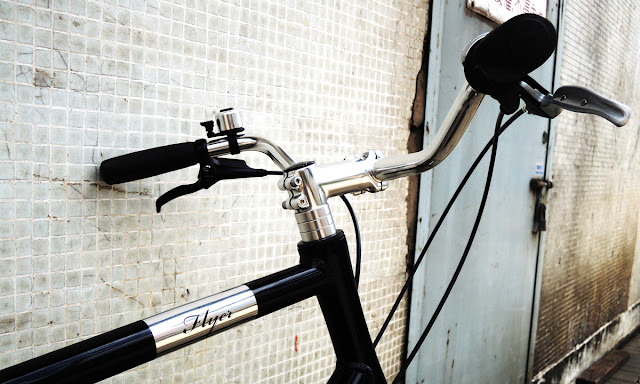 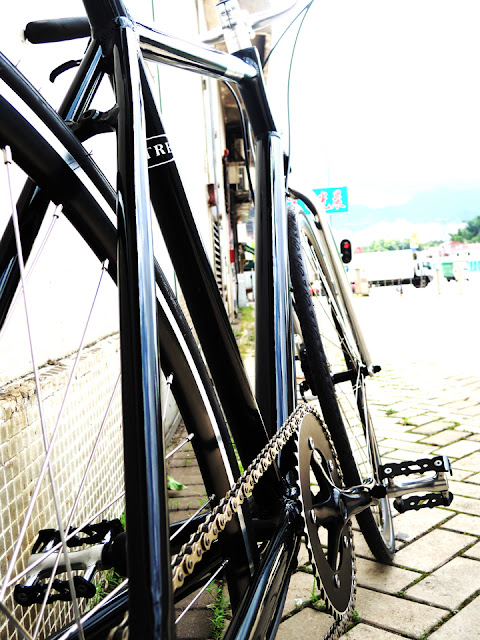 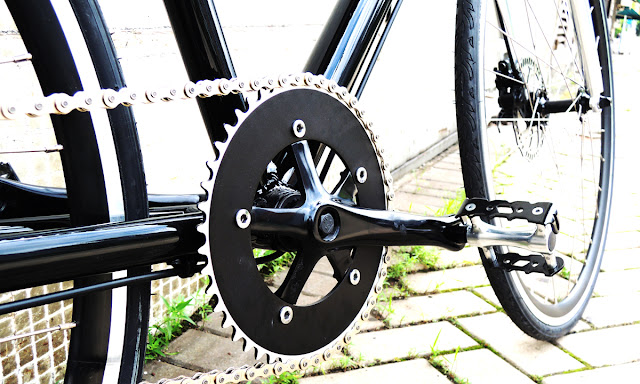 I'm pretty surprised by how badly people lock their bikes up sometimes. I saw this one today...  amazing. If I was stealing it, I don't know if I'd take the seatpost out, or just try and squeeze the seat through the lock. 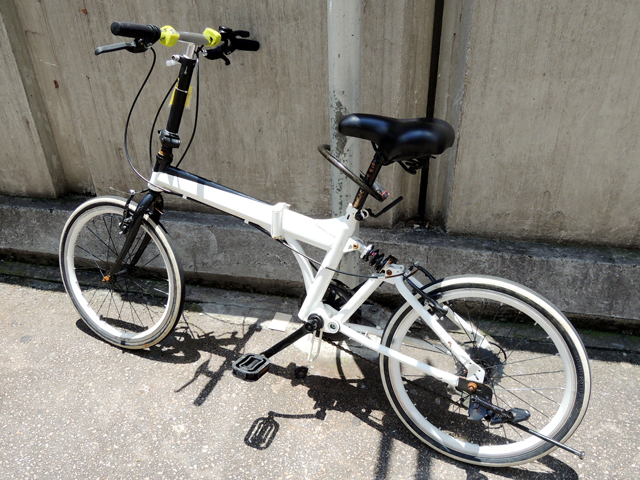 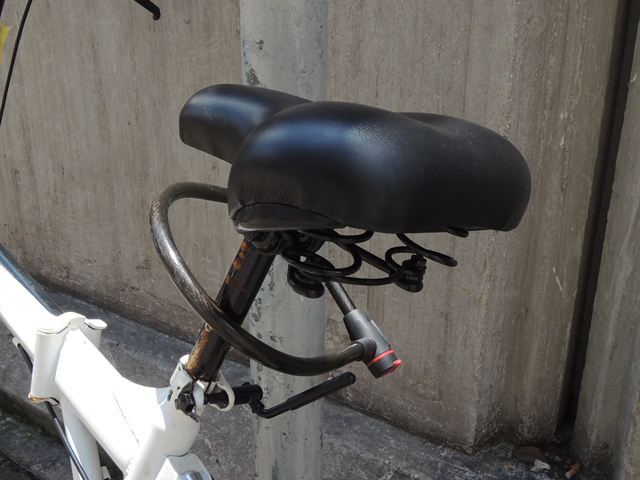 Some colour added to the BI5 lock range

We've given in, and added pink to the BI5 lock range. So wever just got a couple shots to show it off. 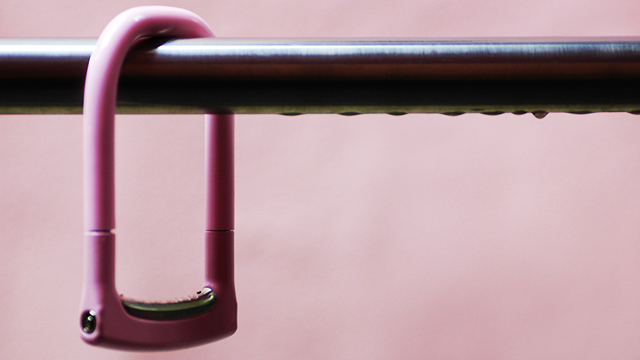 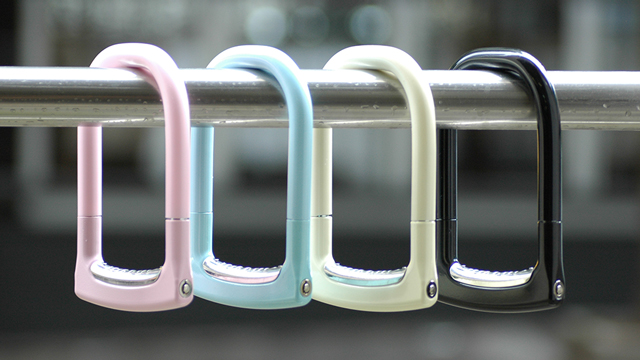 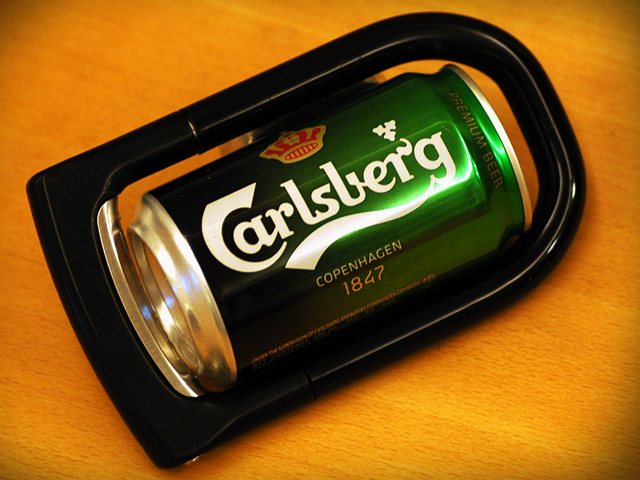 I have had an inquiry as to the dimensions of the BI5 lock.  So I have just put together a few photos, to show the size: 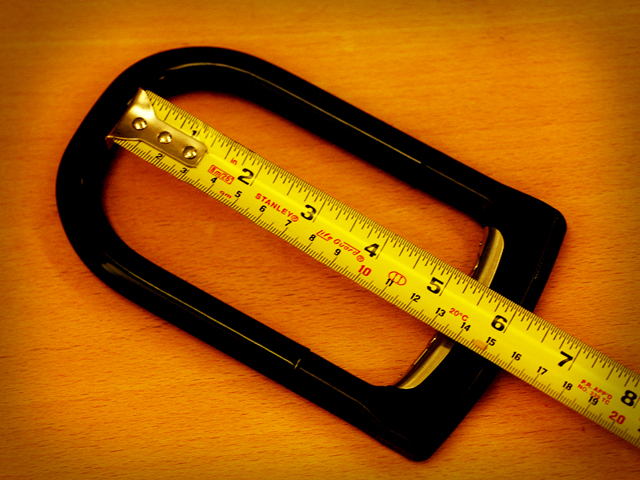 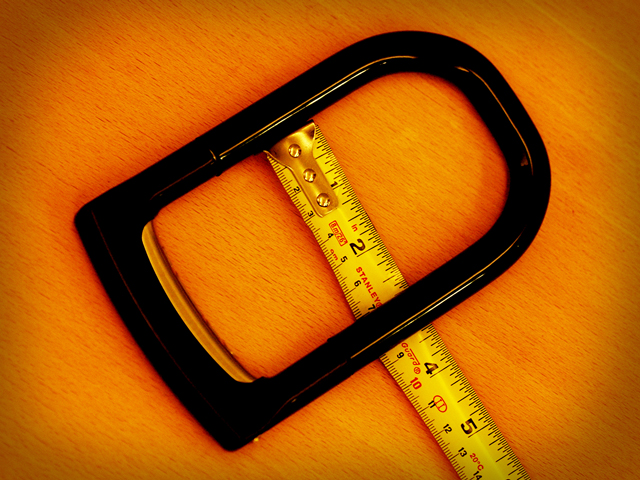 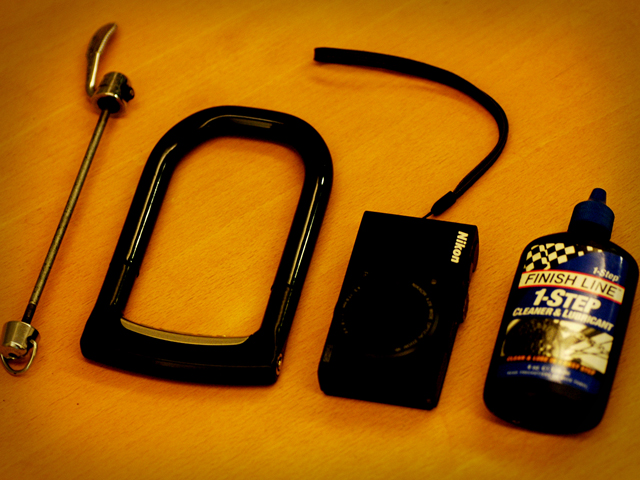 Locked up - for a month

A month ago I decided to lock up a set of old wheels and a frame, just for fun to see if they'd get stolen. Its pretty nice gear, so I imagined it would be pretty tempting. I locked them up within sight of three bike stores, so more than likely people interested in bikes would see them. It's also a pretty industrial area, with scrap metal yards and the like, so there are plenty of people around with the appropriate heavy duty gear for use in attempting to break locks.

To lock them up I used four BI5 locks. It wasn't necessary to use four, but I wanted everything to stay close to the fence, and not get in anyone's way. 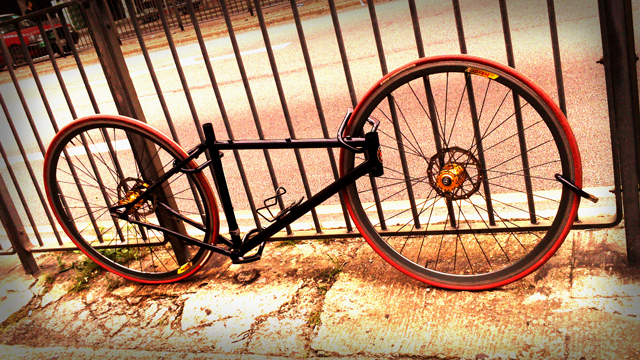 Too my surprise, a month later when I went to check, everything was still there. I was a bit surprised, maybe it looked like all the good bits had been taken. 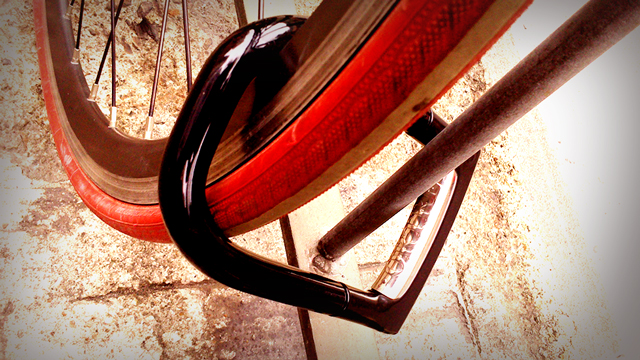 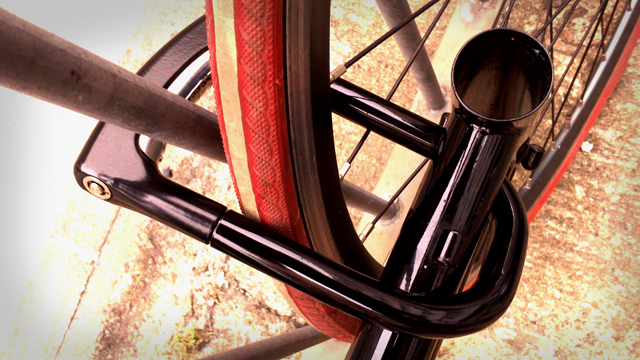 I'll keep an eye on it, but I should really pass the goods to someone who can make good use of it.
Posted by alex 2 comments
Labels: bicycle lock, ortre, u lock, urban cycling
Email ThisBlogThis!Share to TwitterShare to FacebookShare to Pinterest

Hers a short video, just to show how to unlock and lock the ORTRE BI5 Lock.

This graphic produced by the League of Michigan Bicyclists says it all about the benefits of bicycling to the State of Michigan. 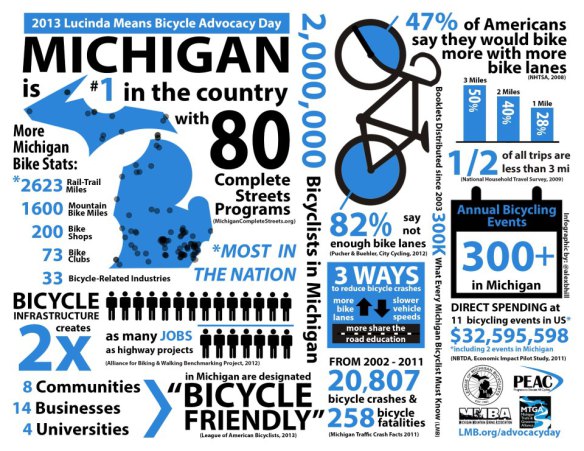 Pretty scary statistics in here, "258 fatalities", "20807 bicycle crashes"...   I see a lot of desire for bike lanes, but it would be interesting if people were asked "would you be more likely to ride if there were less cars on the road?"