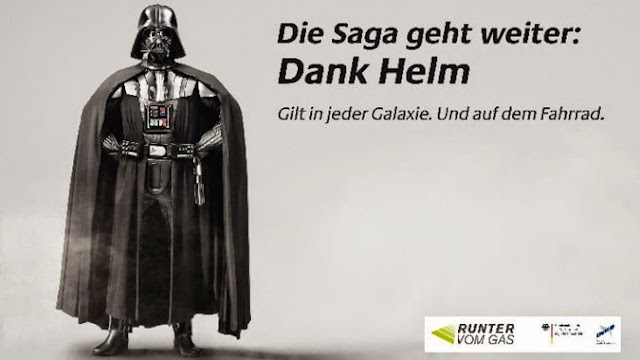 Star Wars villain Darth Vader is being used by the German government in an initiative aimed at getting more people to wear a helmet while riding a bike.
The campaign sees Vader appear on billboards in Berlin, Cologne and Munich, with the strapline: "The saga continues: Thanks to the helmet. True for every galaxy. And on the bike."
Germany’s transport minister, Alexander Dobrindt, said he wanted to see more people on bikes sporting the protective headgear. "The helmet is part of promoting safe cycling," he added.
Posted by Unknown 311 comments
Labels: cycling, helmet, ortre
Email ThisBlogThis!Share to TwitterShare to FacebookShare to Pinterest

48-year-old John Jacoby was gunned down whilst cycling on a rural road Monday morning.
He had been shot twice, and was discovered by a passing driver shortly after 10 a.m. near the intersection of County Road 15 and County Road 72. You can see a news report here...

I really hope this was not  some form of road rage.
Posted by Unknown 165 comments
Labels: cycling commute, death
Email ThisBlogThis!Share to TwitterShare to FacebookShare to Pinterest

The annual Ride of Silence is coming up, so try and support your local ride.  If your not familiar with it, this extract from the webpage explains what its all about:

"On May 20, 2015 at 7:00 PM, the Ride of Silence will begin in North America and roll across the globe. Cyclists will take to the roads in a silent procession to honor cyclists who have been killed or injured while cycling on public roadways. Although cyclists have a legal right to share the road with motorists, the motoring public often isn't aware of these rights, and sometimes not aware of the cyclists themselves.

In 2003, Chris Phelan organized the first Ride of Silence in Dallas after endurance cyclist Larry Schwartz was hit by the mirror of a passing bus and was killed. (Read the full history here...)

The Ride of Silence is a free ride that asks its cyclists to ride no faster than 12 mph, wear helmets, follow the rules of the road and remain silent during the ride. There are no sponsors and no registration fees. The ride, which is held during National Bike Month, aims to raise the awareness of motorists, police and city officials that cyclists have a legal right to the public roadways. The ride is also a chance to show respect for and honore the lives of those who have been killed or injured." 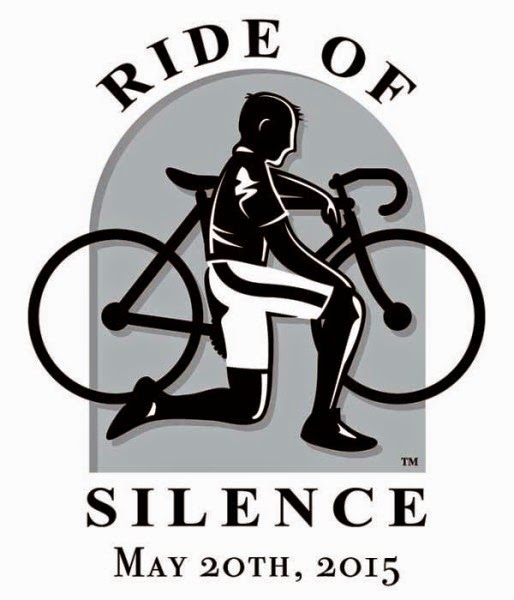 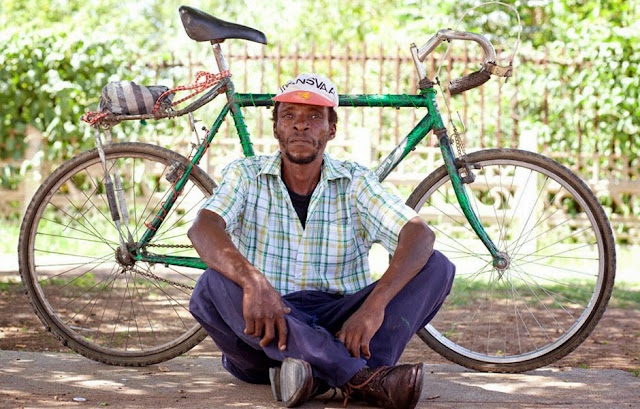 Stan Engelbrecht and Nic Grobler initiated Bicycle Portraits, "a photographic study of South Africans who rely on their bicycles every day, revealing who rides, why they ride, and of course why so few South Africans choose the bicycle as a primary mode of transport. With more than 500 portraits compiled over three years and 10,000 cycled kilometers, the project culminates in three published volumes as a portrait of a nation through it’s commuter subculture – uncovering all manner of societal, historical and cultural nuances never imagined. Bicycle Portraits celebrates the noblest machines ever dreamt up, and those who ride them..." 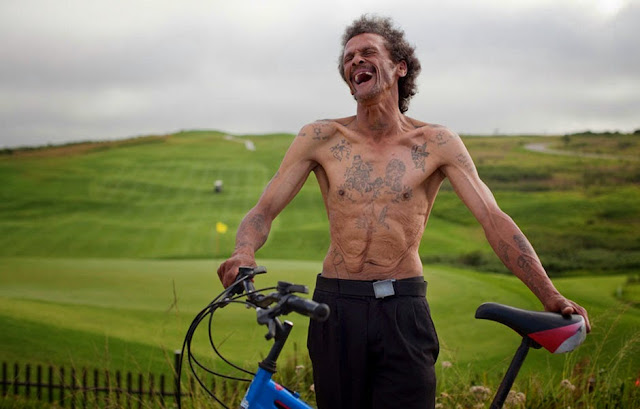