More American Riding to Work, but not enough Women

Over at Grist I found an article referencing the Census Bureau 2011 American Community Survey showing more more than 777000 people used bicycles as their main medium of transport to work in 2011. At Governing.com there is an interactive map, showing the census data, specifically indicating  where cyclists make up a greater share of those commuting to work, the bigger the circle the greater the percentage. (there is a link if you click on the map below) 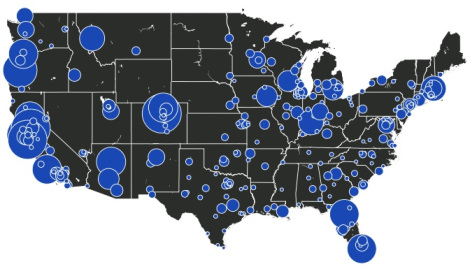 Another map shows which cities have increased or decreased the number of cycling commuters. Its a bit of a shame seeing so many red dots. 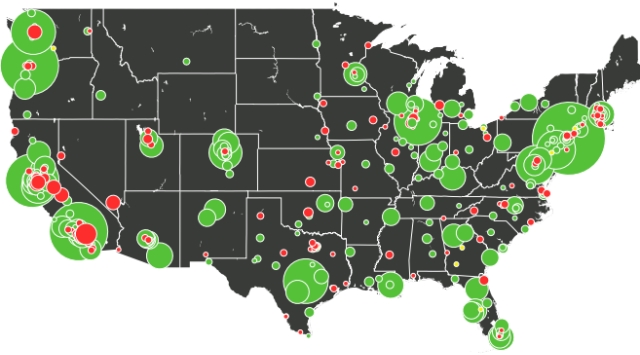 According to the governing.com cities which have invested in cycling have seen the most growth. I guess this is not surprising, but bodes well for those cities who are actively investing in cycling, and for those who prescribe to the "build it and they shall come" approach to increasing cycling numbers; i.e building bike lanes.

It seems that men outnumber women, 2:1 when it comes to commuting to work by bike. I don't really find this surprising. But obviously it shows that cycling advocates need to focus more on getting women onto bikes.

Lastly and most importantly, cyclists accounted for only a small share of total commuters. In 2011, they made up an estimated 0.56 percent of U.S. working adults. In 2010 it was 0.53 percent, and in 2009, 0.55percent. Whether this is growth or not is subjective.