The ORTRE BI5 lock was reviewed and compared to other locks in Ride On Magazine, you can see the full article here,

Fully updated and including 11 newcomers, Rowan Lamont, assisted by the officers of the Brisbane City bike police, tested a selection of 27 locks to see how well they protect your precious property. 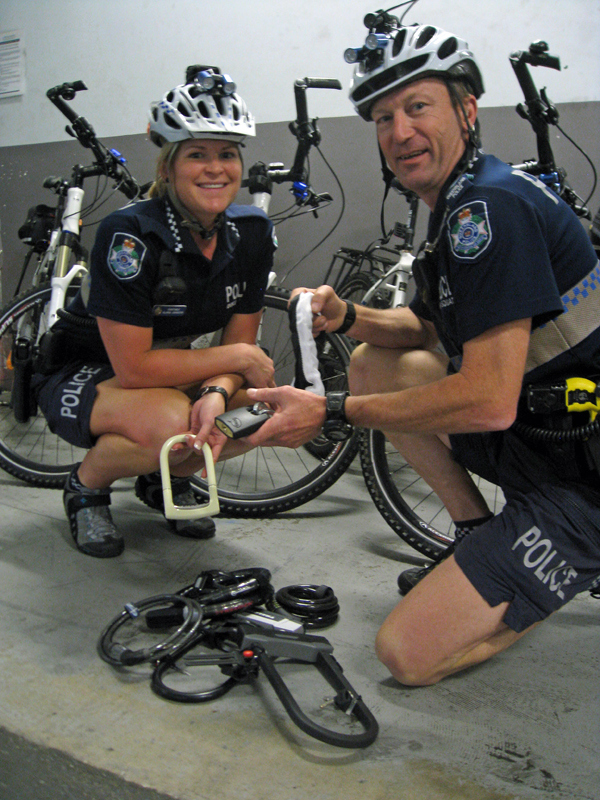 For this year’s instalment of our popular bike lock test, Ride On collected a range of the most interesting new and current locks to determine the best and best value at high, medium and low security levels. Thinking like thieves, we tested the locks to breaking point using techniques that were quick, simple and least likely to draw attention to ourselves. If a lock showed resistance, we increased the severity of the tools and techniques we used.

D-locks continue to offer the highest security. Even the cheapest require an angle grinder to break – a hacksaw can’t get through hardened steel.

A surprise in this test were the hardened steel chains combined with resilient locks. These proved very awkward to break into, providing a great deterrent along with the convenience of being easier to stow than many D-locks.

The lowest level of deterrent came from light and small cables, which require very little ingenuity to break. They can be used to add an additional deterrent along with a bigger lock, or if you just need something to prevent someone walking off with your bicycle while you pop into a shop, but not much more.

The main thing to consider when choosing a lock is the security it offers. If you leave your bike in high-risk situations then you will need a lock that offers high security. A medium security lock would be sufficient if you never leave your bike in a high-risk situation, with the advantage that a medium security lock is generally lighter and less expensive. Another thing to consider is the size of the lock. You might prefer to carry a more compact, smaller lock or you might require a longer, flexible lock such as a chain or a cable to effectively secure your particular bike, such as a cargo bike or trailer. Supplementary cables, such as the Kryptonite Kryptoflex reviewed here, are very useful for locking the wheels as well as the frame or for securing unconventional bikes, trailers, tag-alongs and the like.

The locks are rated on a scale that takes into account function, materials and components, construction, appearance and value for money – within a broader designation of the security level offered. For all locks, it’s important to consider the intended usage and level of security required.
Key to security

Sergeant Michael Schodel knows from personal experience how attached you can get to a bicycle. “I can remember the smell of the bike shop I bought my very first bike from as a kid,” he told Ride On. As a bike mounted officer from Brisbane City Police Station he’s in his dream job and he’s learned a lot about how bikes get stolen.

He and his partner Constable Alana Johnson have three key messages about bike security:

Select a well-lit public place where there are lots of people around. It is even better if there is CCTV coverage.

Lock your bicycle to as strong and solid an object as you can find as many thefts don’t even have the lock broken. When bicycles are locked against a wall or to flimsy railings they are an easy target for an opportunist thief.

The Brisbane police donate many bicycles to community organisations each year that once belonged to a bicycle rider but can’t be returned. A simple solution is to record the serial number of the frame, which is usually underneath the bottom bracket. If you lose your bike, report it and quote its serial number.

Thefts can also be deterred by taking some simple steps to add complexity to the security you use, creating extra inconvenience for a would-be thief. Take advantage of bike cages, use a couple of locks – one for your frame and another for the wheels – and lock the front wheel to the frame. If you regularly leave your bike in the same place each day, you expose it to a possible planned theft. Instead, park in a few different locations to help reduce this risk.
High security – D-locks, chains and a folder

The hardened steel and robust lock mechanisms of these locks means they offer high security, yielding only to an angle grinder. The Abus Bordo 6000 folding lock is included here because it gives such a high degree of protection that it offers an alternative to a D-lock. Chains also offer high security because they are very awkward to attack and require an angle grinder to be broken.