Recently on a visit to the City State of Singapore I came across four bikes parked where they were not supposed to be. Which is pretty easily done in a country with a severe lack of bicycle racks. 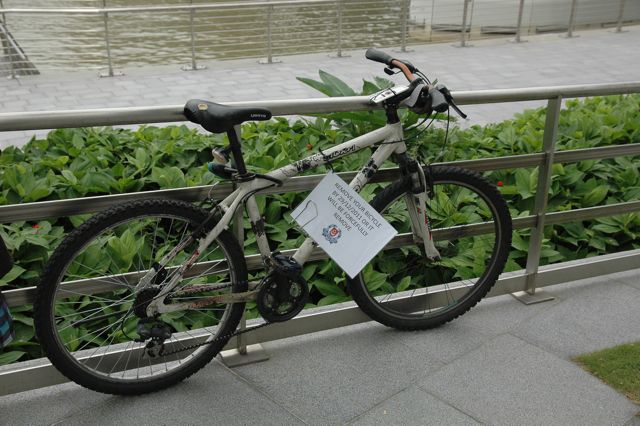 Of course the bikes weren't in anyones way , but the authorities had found a significant disliking to the bikes being there, and attached a nice warning sign for the owners. 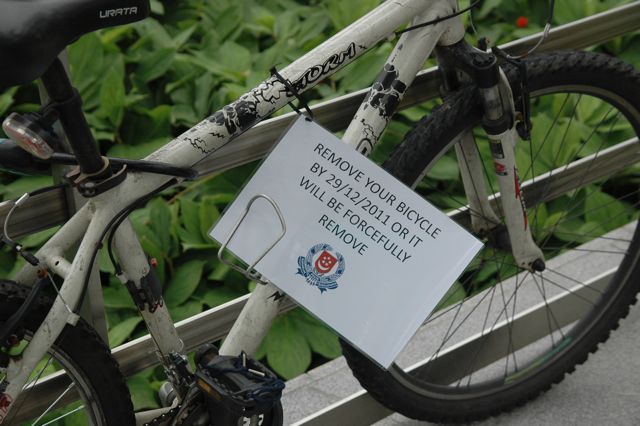 I found this very amusing, and very Singaporian, but I do hope the owners of the bikes, who assume to be foreign workers, managed to get back to their bikes before the inevitable forceful removal. Of even more interest was the home handiwork displayed on the bike in the form of a custom made phone holder attached to the stem of the bike. 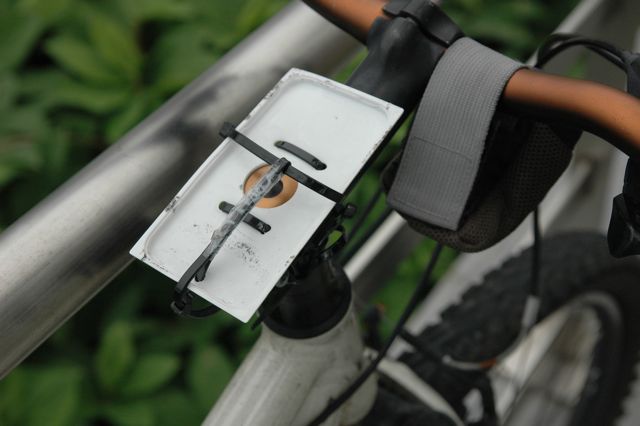 Its amazing what can be made out of some miscellaneous packaging tray, and some zip ties. Given the overall design I don't think its made for the latest Iphone, most likely a more modest but practical phone.

Anyway, it is a pity that Singapore is not a bit more cycling friendly for commuters. It has supported excellent infrastructure for recreational cycling, but has really neglected commuters. Since distances for travel are short, and the island basically flat Singapore should be a fantastic city for commuting . The main problem holding it back is probably the climate, sporadic rain, and 100 percent humidity. I think though, if office buildings had better facilities for people to change and shower, and public transport were also more cycle friendly, usage of folding bikes could take off in the same direction as Taipei.

The foreign workrs have no problems riding to work so perhaps the locals should take their example.