The "GROSS CYCLING PRODUCT REPORT" recently produced by British Cycling and Sky has concluded that British cyclists contribute 2.9 Billion Pounds to the Gross National Product. Its an interesting report in that most studies focus on cycling participation, health benefits, and road / infrastructure issues, where this one has focused on the dollars and cents of cycling. There are lots of facts and figures in the report, but I think the real thing to take out of it is that cyclists and cycling are a part of the economy, their existence creates jobs, income and spending. All the things economists and politicians love. 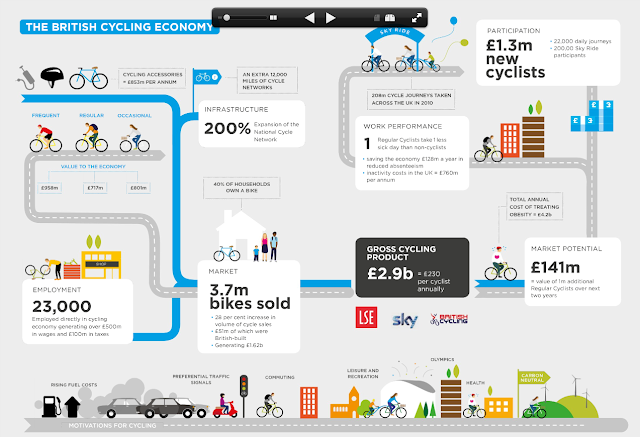 I found this report at Issuu, where I also spotted two other interesting books, Bike to Work and Family Cycling. Will try and give them both a proper review later.