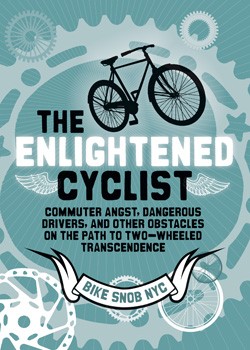 Bike Snob, has a new book out and took the opportunity to promote it during his keynote speech at the opening meeting of the League of American Bicyclists National Bike Summit.   The Enlightened Cyclist, a comic, but serious, take on bicycle transportation. He said commuting by bike was the "most dynamic aspect of cycling today" and "it's the one aspect of our lives where, on a daily basis, we're exposed to fighting with strangers. And death." (thanks to http://www.bikebiz.com)


you can buy it here, http://www.chroniclebooks.com/bikesnob/