Seoul - a great place to cycle

I ventured off to Seoul last week, first time there, and I was really keen to see how cycling friendly it is. Looking around the web prior to going did not give me huge hopes, and upon arrival the temperature of about minus 5 degrees, also didn't boost my hopes.

What I found though was a city with fantastic cycling infrastructure, and also very courteous drivers. 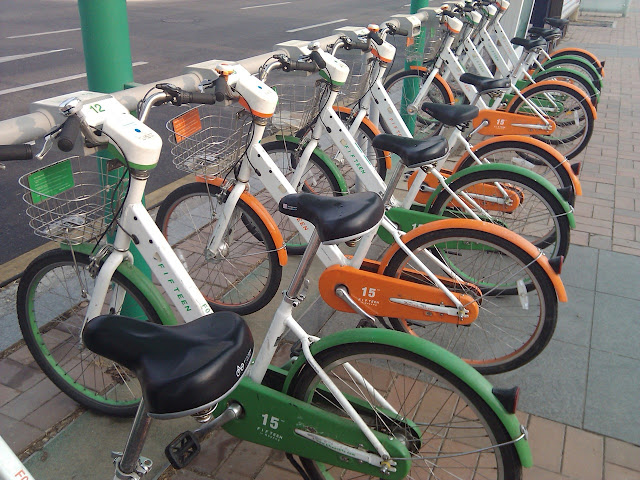 From my research I on the web I found that bike sharing is in its infancy,with test schemes in the outer suburbs. But it does seem that the business district also has a share scheme being established. I would have loved to take a share bike for a spin, but at the moment its really only feasible for locals to utilise the service. 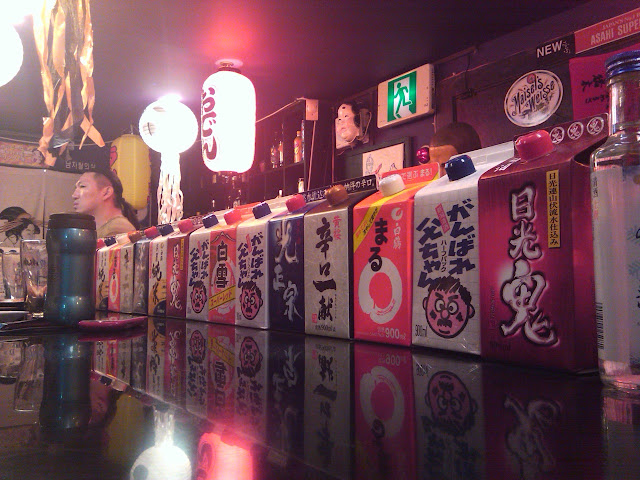 Went to a Japanese style bar, named Ultraman, where cartons of Saki and Shoju were lined up just as neatly as the hire bikes. Not too far from the bar was this very impressive bike storage facility at what I believe to be the offices of a pretty large Korean company 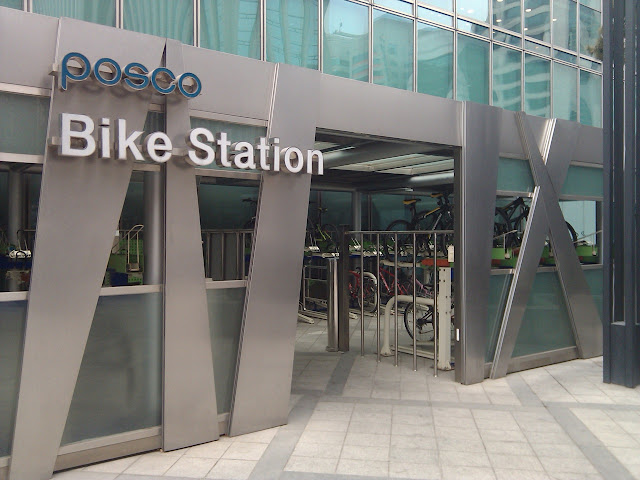 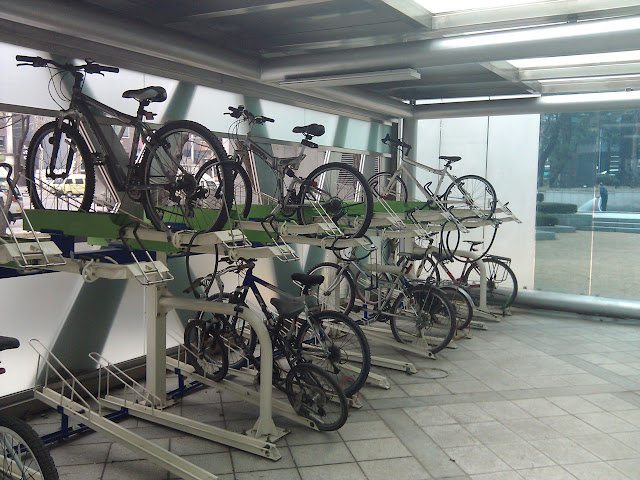 Full shelter, with double decker parking was very impressive. The only thing that I though was lacking was direct entry into the office building, which could easily be achieved. 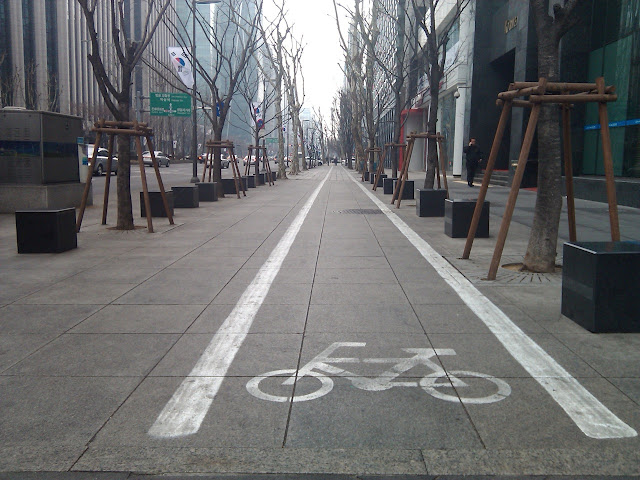 Cycle lanes were also abundant, even though there weren't that many people riding, but I expect in Summer it is a different story. 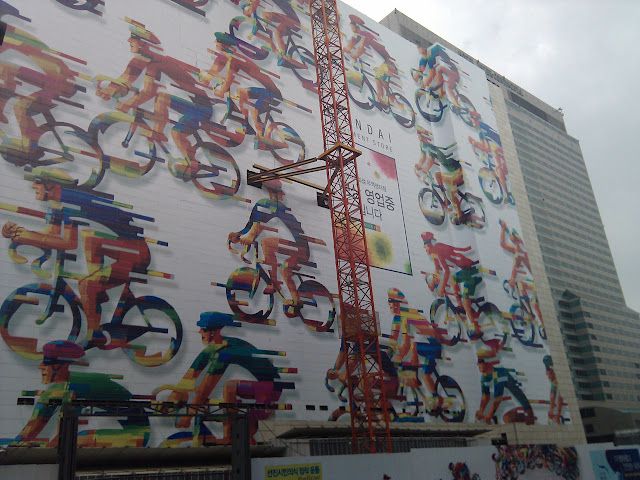 I liked this artwork on the outside of the Hyundai department store which was being renovated. Im not sure why the image of cyclists was chosen, but it does seem that having pictures of bicycles, and cycling, alongside modern progress is pretty common nowadays. 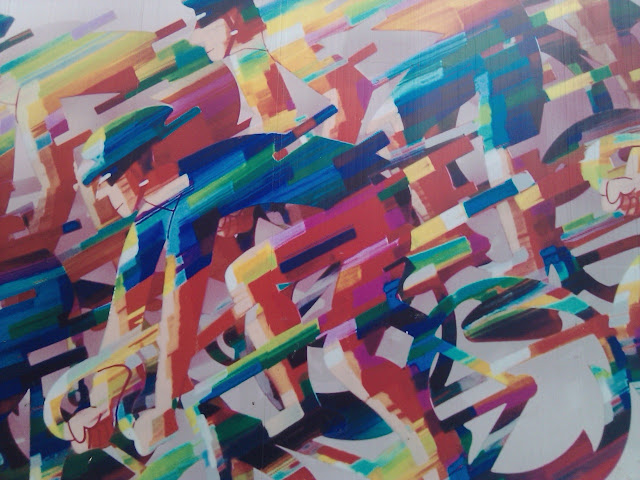 This is just another bicycle parking facility I saw. 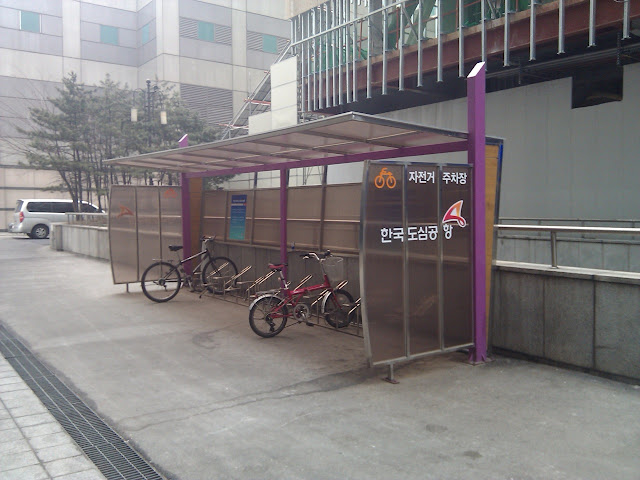 What I liked was that about 10 metres away someone had locked up their bike to a post, clearly because it was just closer to the front door. 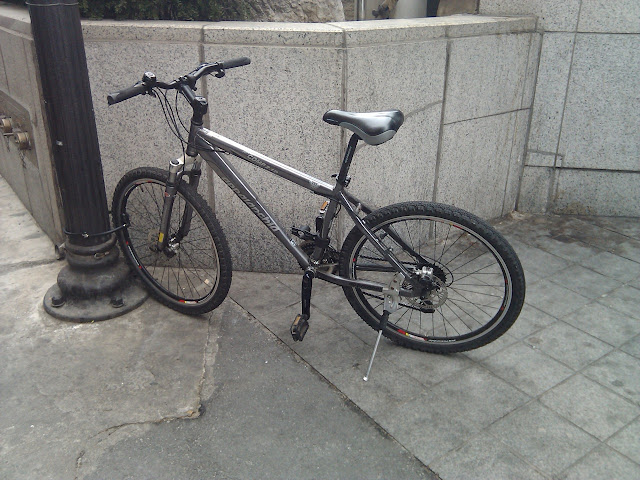 One truly great thing was how friendly the train system is for cyclists. At a lot of the stations there were Bike Pullways installed. I guess they are tracks to aid you in taking your bike up and down the stairs. 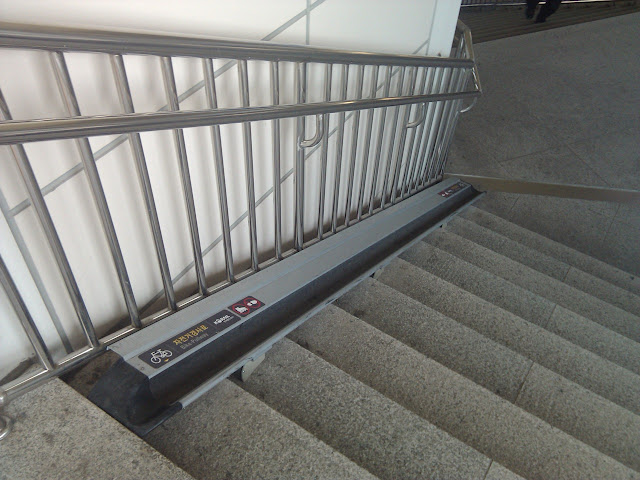 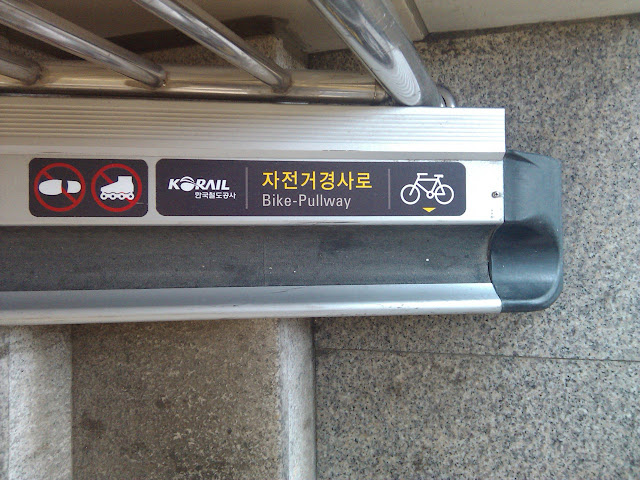 Once in the subway, there were signs showing which doorway to stand at to get onto the  correct carriage that has space for bikes. 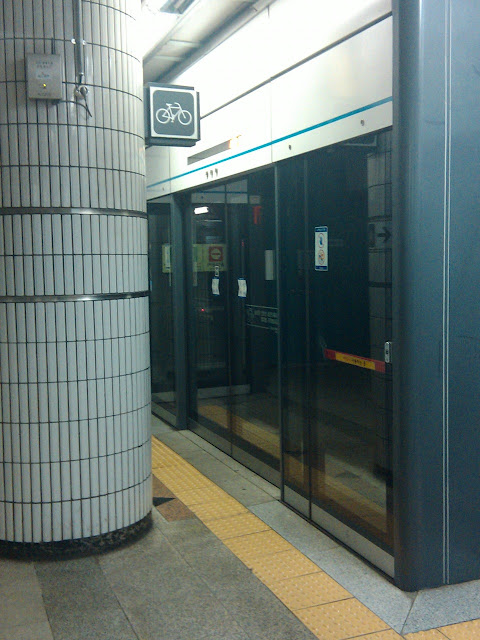 Which was mostly made use of by the fixie crowd, a cycling segment that definitely seemed healthy. 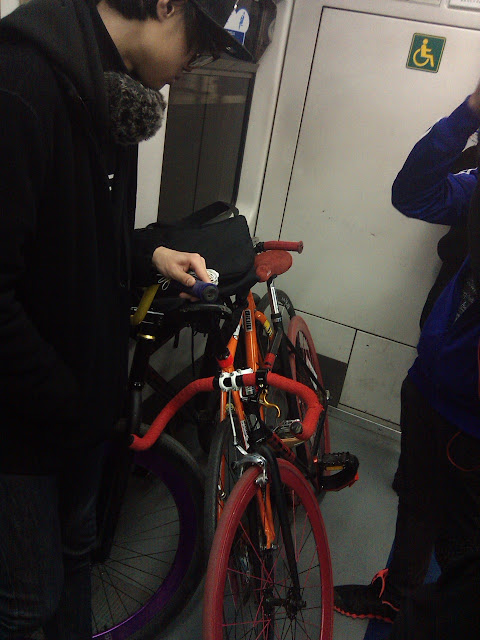 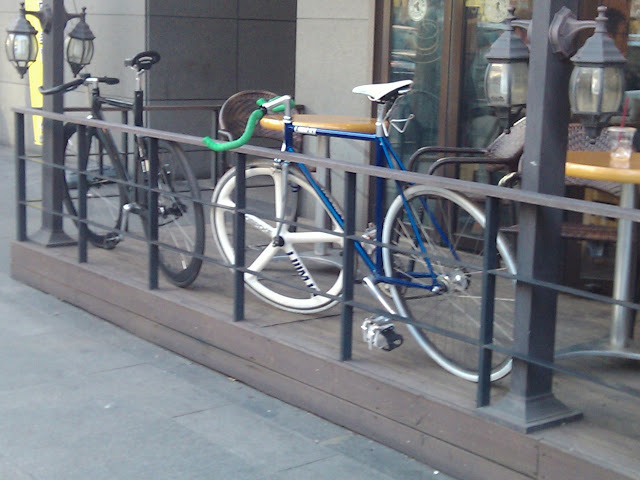 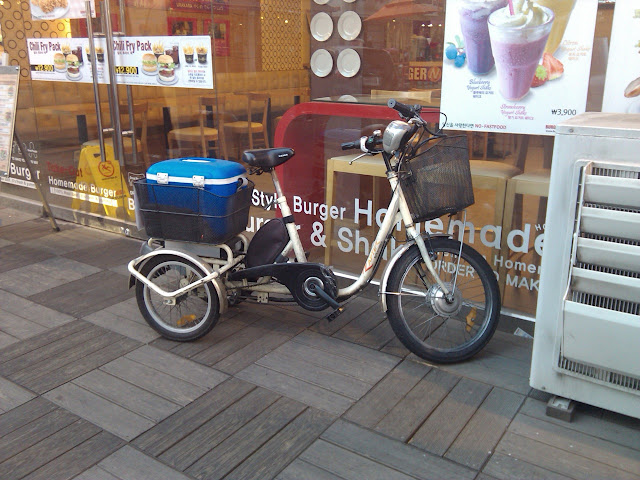 Whilst fixies are in fashion, one of the coolest bikes I saw was this burger delivery tricycle. And this pair of folders took my eye (below). Sadly I think they weren't actually being used for cycling, but to bring attention to the shop they were parked outside 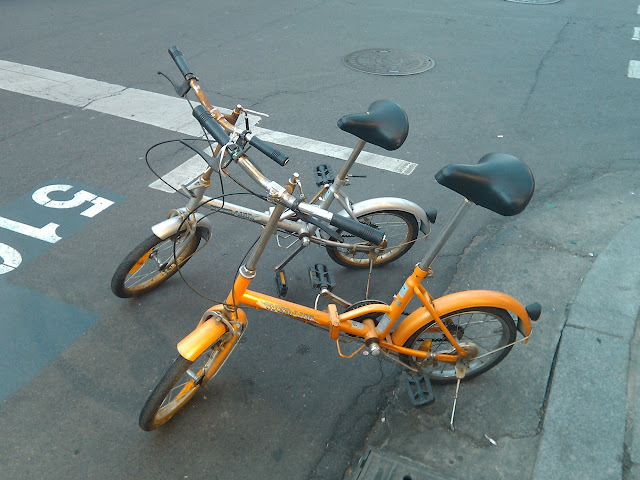 Anyway - Seoul is definitely a town I must visit in warmer weather when I am sure hundreds of cyclists will be seen on the roads.