Specialised has just released information on their new high performance ebike, named Turbo. I've been a big fan of Specialised over the years, mainly because they have had a good focus on design. With the Turbo they have focused their design prowess on making a fast and fun electric bike, touting that it can hold 40km an hour for 1 hour, which is pretty impressive. 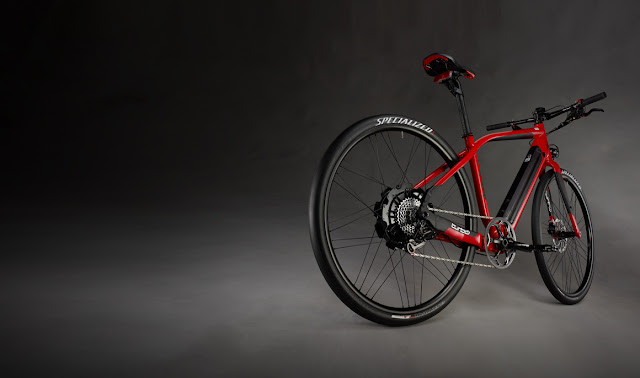 Im not super sure who the target consumer for this bike is, especially given the price tag of 5499 Euro's. But there is no doubt that Specialised is perhaps reshaping the vision we have in our head, of what an electric bike should be. In my mind it seems that this bike is for the avid cyclist, who may nock out 50-60km on the road bike in the morning, but then wants to take it easy on the commute to work.

Im sure however that authorities the world over will not be keen to see bikes like this on the roads.
Posted by alex
Labels: commute, design, ebike, specialised, turbo
Email ThisBlogThis!Share to TwitterShare to FacebookShare to Pinterest