Recently in the InGear section of The Sunday Times Jeremy Clarkson shared some of his insights on cycling. He may do this quite often, but it's the first I have heard. Most of his comments related to Copenhagen:


"I suspect even the Danes are baffled about why they keep being picked out as a shining example of humanity at its best. Just last week a newspaper in Copenhagen suggested it must be because, while cycling from place to place, visitors enjoy looking at all the pretty Danish girls’ bottoms. 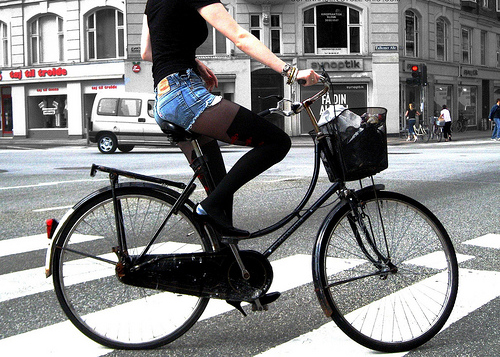 "In fact, I’ve decided that the world’s five best cities are, in order: San Francisco, London, Damascus, Rome and Copenhagen. It’s fan-bleeding-tastic. And best of all: there are no bloody cars cluttering the place up. Almost everyone goes almost everywhere on a bicycle.
"Now I know that sounds like the ninth circle of hell, but that’s because you live in Britain, where cars and bikes share the road space. This cannot and does not work. It’s like putting a dog and a cat in a cage and expecting them to get along. They won’t, and as a result London is currently hosting an undeclared war. I am constantly irritated by cyclists and I’m sure they’re constantly irritated by me.
"City fathers have to choose. Cars or bicycles. And in Copenhagen they’ve gone for the bike.

I sway to agreeing with this, but it reminds me of a George Orwell quote "nearly all creator's of utopia have resembled the man who has a toothache and therefore thinks happiness consists of not having the toothache."  Why cant cities be designed to accommodate both cars and bikes?

He also goes on to say; 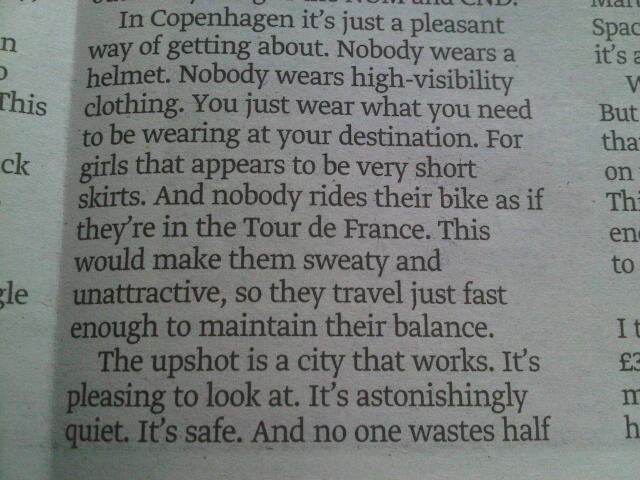 And no one wastes half their life looking for a parking space. I’d live there in a heartbeat."  (photo lifted from - http://cyclelondoncity.blogspot.com)

Cycling is a pleasant way to get about, and hopefully in more and more cities find a level of harmony between cars and bicycles. And it's great that Mr Clarkson can appreciate a place where driving an overpriced status symbol isn't the best way to get around.