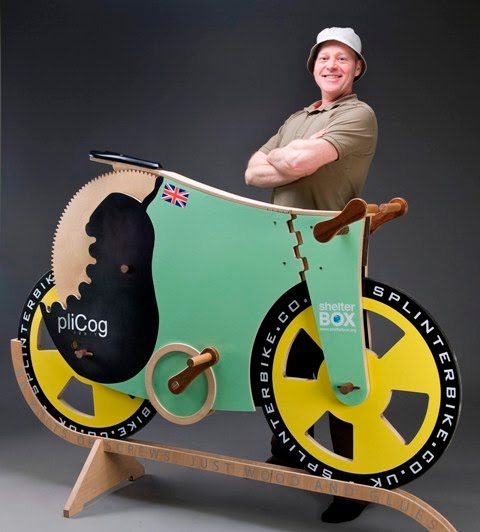 Most people probably Know About Mr Obree's desires to break the world speed record by a bicycle. If not have a look at this previous post. You probably have not heard about Michael Thompson and James Tully, two mates having a friendly wager.

When Michael bleated out "I reckon it's possible to make a 100% wooden bicycle..." the reply was simply  "... if you build it I'll ride it" and with typical British one-upmanship, somehow adding in a world land speed record became part of the project, now named "Splinterbike". Anyway rather than reading have a look at the video below, and good luck to the guys, I'm sure they have the record in the bag