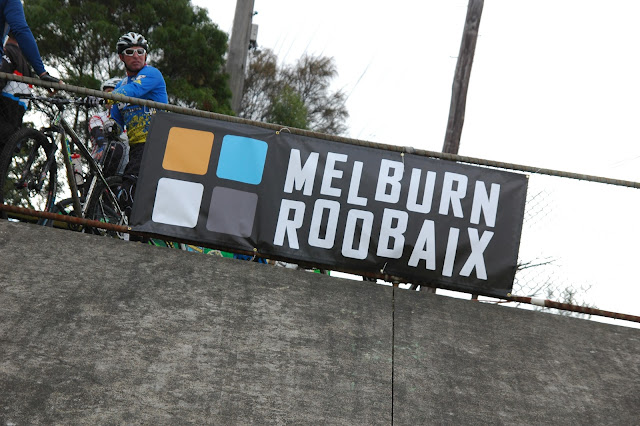 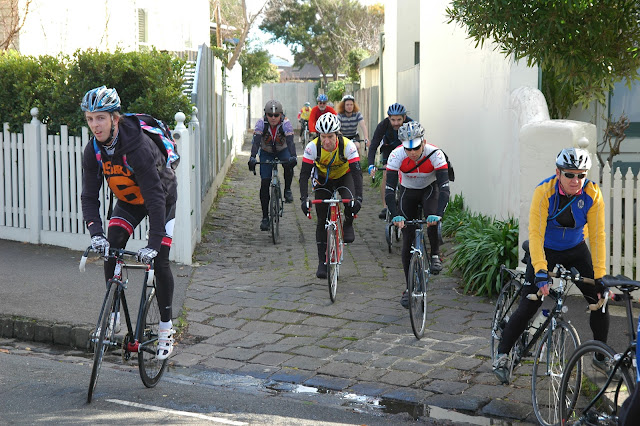 Yesterday I was lucky enough to participate in the Melburn Roobaix organised by the guys from FYXD. In as much as the spelling of the event is a "piss take", so was the course, in a good way of course. Alike the great Paris Paris Roubaix, the course ended at a veledrome, it even started at one, and contained sectors of cobblestone road. The cobble sections mainly alleys, or lane ways behind urban residences were definitely a highlight, and indeed the defining element of the race, closely rivaled by this competitor, from the Blue Edge Team. My ride started out at Federation Square, where many participants gathered, before heading out to the start. I was amazed at how many people had come from interstate to do the ride, and I'm sure all states and territiories were represented. The City of Melbourne bike share bikes were available, 1st choice of the Blue Edge Team, but of course I chose a Cinco5. 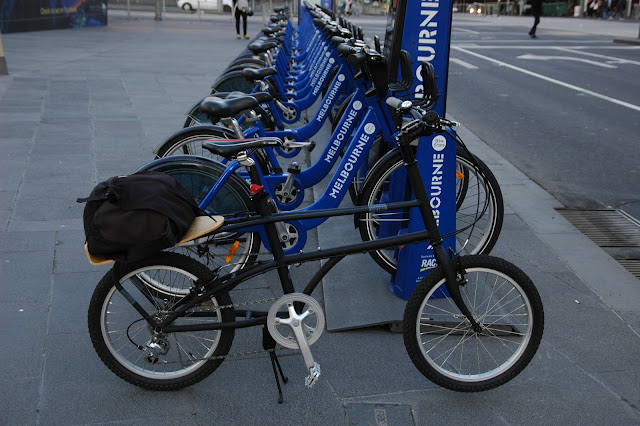 Whilst there are a lot of bikes on the road in Melbourne normally, It was great to see the numbers that turned out for the ride, officially 930, but I think there were more. 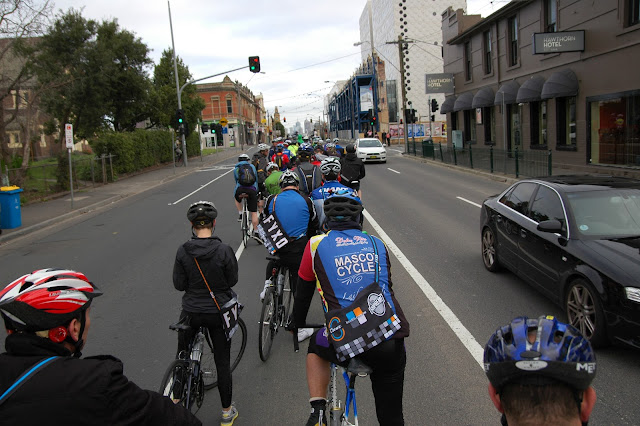 The cobbles were great, and handily, lots of the sections were uphill, making it even more of a challenge for those who chose a fixie. 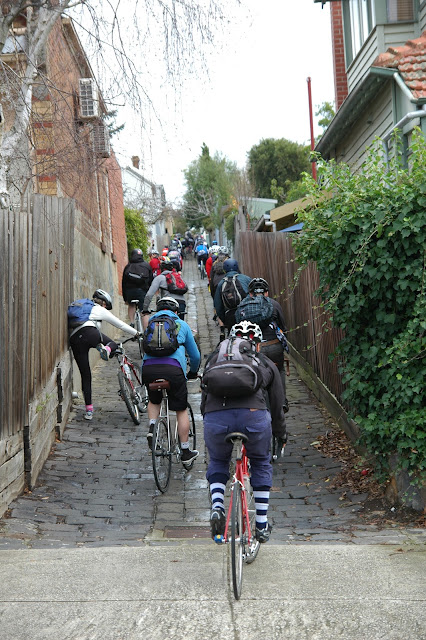 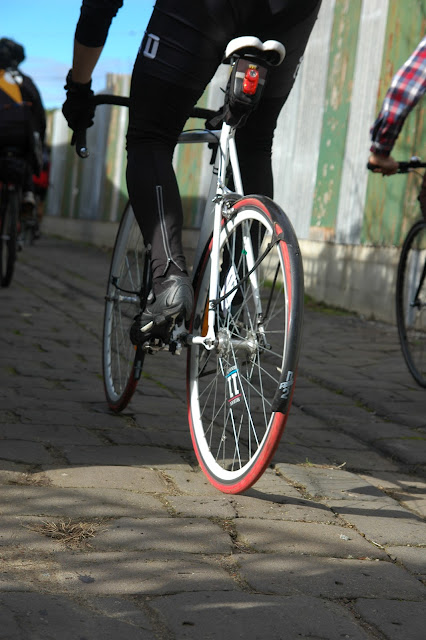 It was a great event, possible one of the best cycling events in Australia, though Im not sure about the section through the cemetery. 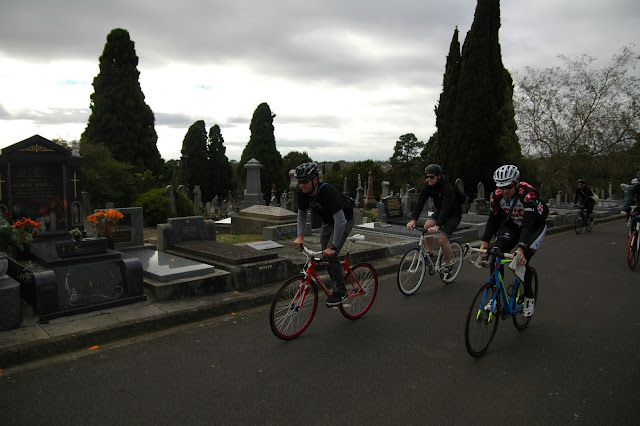 But finishing in the Brunswick Velodrome was perfect, and highlighted for me the great cycling history that Melbourne has. 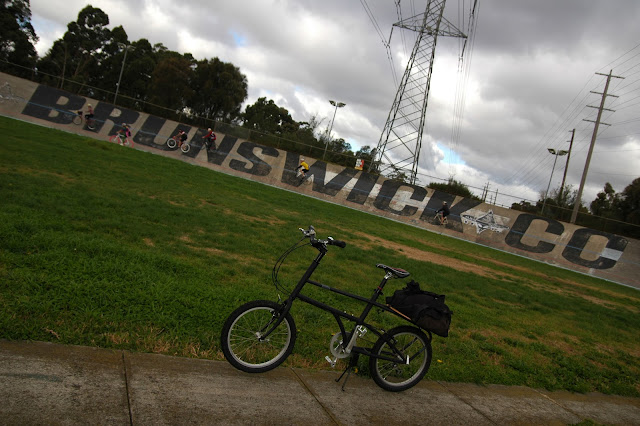