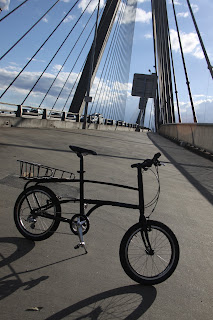 A new study conducted by Benjamin Davis and Tony Dutzik of the Frontier Group. Amazingly In 2009, 16 to 34-year-olds as a whole took 24 percent more bike trips than they took in 2001.  You can read it more detail here, but I'll give you an edited version:

From World War II until recent times the number of miles driven annually in America steadily increased untill the turn of the century, when the average miles driven started to decrease.
Young people are leading the trend, from 2001 and 2009, the average annual number of vehicle-miles traveled by young people (16 to 34-year-olds) decreased 23 percent.


The Reasons for reduced driving amongst the young are:
To be honest, the study surprises me, and it's good news. Importantly the study also highlights that America, and indeed most countries, has long created transportation policy under the assumption that driving will continue to increase at a rapid and steady rate. With the changing transportation preferences of young people – and Americans overall – this car focused transport policy should be reviewed. If policy makers reinforced the current trend, by adding cycling infrastructure and public transport improvements, then I am sure the number of miles driven per year would decrease more, and at a faster rate.
Posted by alex
Labels: commute by bike, urban cycling
Email ThisBlogThis!Share to TwitterShare to FacebookShare to Pinterest