Bamboo is a pretty amazing material, it's actually a grass, and one of the fastest growing plants on the planet. Some varieties can grow one metre in 24 hours. There is not much that cant be done with bamboo, build a house,  boat, make cloth, paper, even eat it. And of course, you can make bikes with it,  and there are quite a few high end bicycle manufactures doing so. 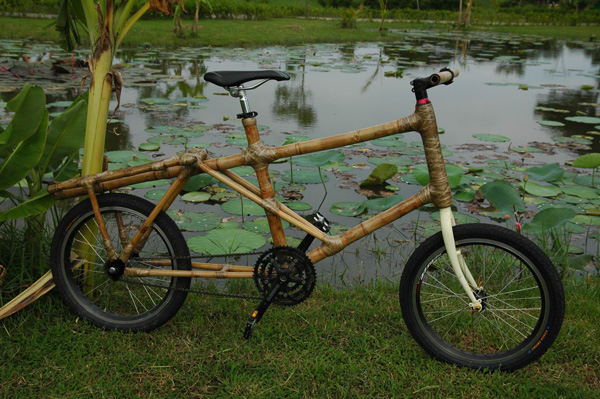 Almost by chance I found a group of people in Vietnam with the skills to create bikes out of bamboo. So I decided to try and make a version of the Cinco5, using the material. Additionally I wanted to see if I could make a bike that was reproducible, low cost, and at the same time provide valuable work for those who may not otherwise have work. 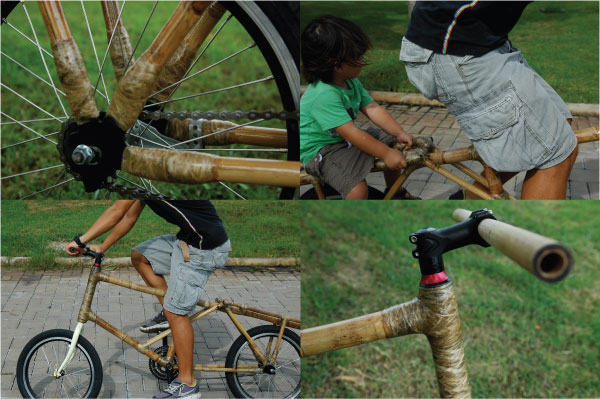 I must say, I was pretty excited to see the first bike, and have a ride.  Expecting a stiff feeling frame, I was not disappointed. And not only is it stiff, it has excellent shock absorbing qualities. In my mind it does sort of feel like a natural "carbon fibre" bike.  Interestingly it takes about 18 times the energy to produce carbon fibre than it does to grow bamboo.

Weight wise the frame is about 1.5 kilograms heavier than the Cinco5 aluminium frame, which is pretty surprising. I expected it to be much heavier. The overall weight of the bike is 14.5kg.

Many manufacturers join bamboo using fibreglass or carbon fibre, or even lugs made of steel or aluminium. I wanted to keep it natural, so the joints were wrapped with flax. The downside of this though is the use of epoxy resin, which is not the most environmentally friendly material, and most likely was a major contributor to the weight of the finished frame.

The first prototype, had 1 major flaw, the chain stays were made 10cm longer than the normal specified on the Cinco5. This makes turning at high speeds a bit difficult but at low speeds the stability of the bike is great. It was good to try a 20" wheeled frame with such a long chain stay, and I would say its not a bad combination, especially for a utilitarian bike,

Anyway, we're going to keep pushing on with this project, so we'll keep you up to date with it. And we'd love to hear from you what you'd like to see from a bamboo bike.
Posted by alex
Labels: bamboo bicycle, bicycle design, charity, commute by bike, urban cycling
Email ThisBlogThis!Share to TwitterShare to FacebookShare to Pinterest