This morning I went for a short ride in Saigon, on the Cinco5. I left at about 6am, plan was to do a bit of exploring, get some fruit, and soak up the local atmosphere. Early morning is a great time of day to see people out and about in Vietnam. The people here are definitely not sleepy heads (well at least not till mid-day), everyone seems to be up in the morning, exercising, having the first of many coffee's for the day, or just going somewhere (people always seem to be on the move here).

I put together the image above, its a bit of a compilation of people I saw riding their bikes over a bridge. Whilst the motorbike is definitely the king of transport in Vietnam, cycling is still a pretty major form of transport, and definitely less noisy. Lots of people also seem to use bikes early morning for exercise. I love the girl wearing a "hoodie", most people from the western world would have thought its weather for a singlet, but not here. 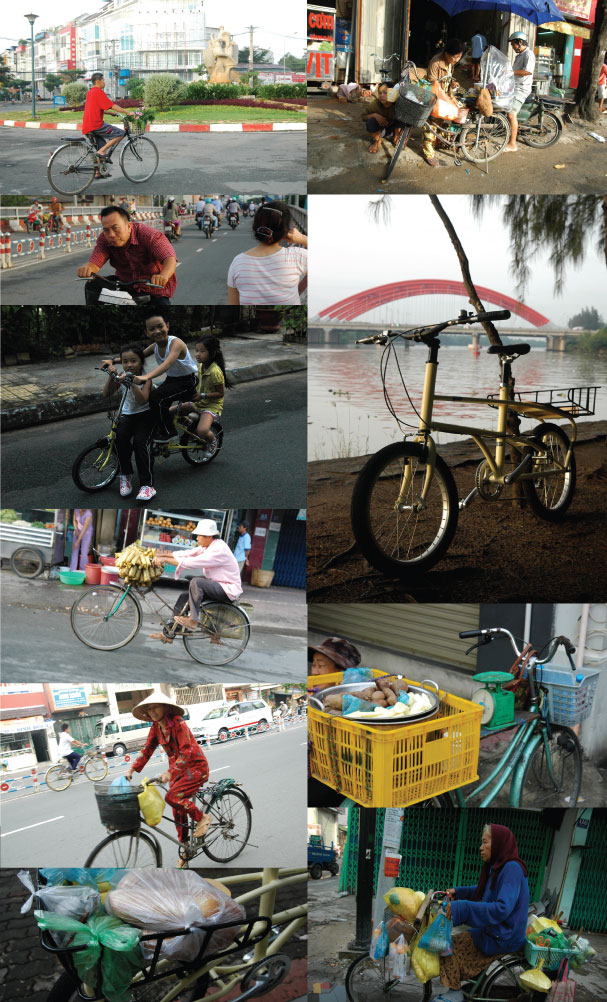 Above are some photos of other people I saw riding. Its great that people still use bikes as their work vehicle. If you look in the pictures, there is one woman who has a set of scales mounted on her bike, on a false wooden top tube, for weighing the vegetables she has for sale. The woman on the bottom right had so many plastic bags of "stuff" tied her bike it was amazing. I took inspiration from this, when I grabbed some fruit, I tied the bags to the cargo basket on my bike (bottom left). 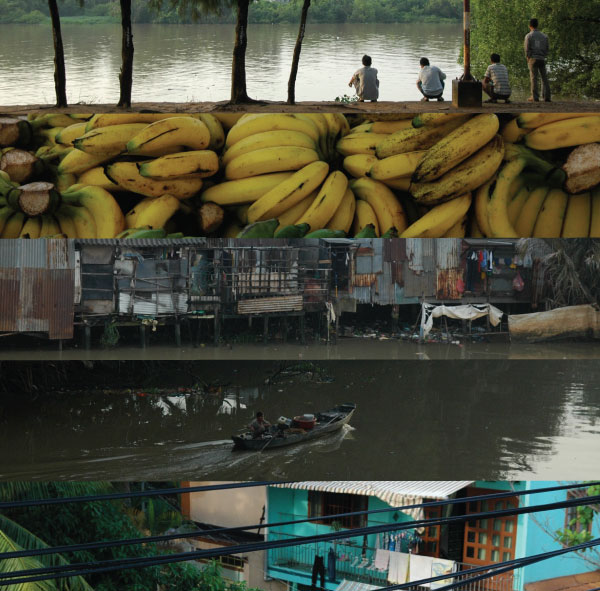 If you are ever in Ho Chi Minh City, the road running next to the river, Tran Xuan Soan, is a good one to wonder down to see some real local activity. Many boats turn up here from the Mekong with fresh produce. Its also a great place to see old world Saigon mixing with the new world Ho Chi Minh City.